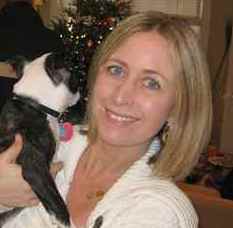 Let me just start by saying that I don’t like conflict. I’m a people pleaser. So I often watch with a strange mixture of trepidation and admiration when I see controversy brewing in the blogosphere. Twitter is full of folks who aren’t afraid to speak their minds, even if it means incurring the wrath of others. And then there’s me. Sure, I have my opinions (Nike…what the heck??) but I am not what you call a pot-stirrer. Truth be told, I just want everyone to get along.

I guess that’s one reason why I have extra sympathy for the PR professionals that represent brands in a time of crisis. When Jet Blue faced intense media and consumer backlash last winter, all I could think was “thank god I’m not on THAT PR team.” I know it comes with the territory, but it must have been a heck of a tough few weeks. The rise of social networks has only fueled the frequency and scope of brand backlash. Technology has enabled things such as the WWF 9/11 ad and the Domino’s video to spread like wildfire, whereas 5-10 years ago it was unlikely they’d end up on the public’s radar. The wall between consumer and company has eroded and suddenly every consumer with a blog or a Twitter profile can be an “influencer”….for better or for worse.

The latest example of backlash I witnessed? Nestle. Last Wednesday, Nestle hosted a blogger event, and assigned the Twitter hashtag #nestlefamily to organize the tweets about the experience. A number of bloggers not attending the event discovered the hashtag and used it as a vehicle to express their displeasure about some of Nestle’s alleged business practices. Things got nasty, and Nestle suddenly was faced with a bit of a social media crisis.

Thankfully I have yet to deal with a social media crisis in my professional career. However, the more time I spend on Twitter and other social networks, the more I believe it is essential for us to prepare our clients for such a situation. Here are just a few things I’ve been thinking about:

1. Anticipate the tough questions. Got a client who is considering social media? That’s great news but start thinking now about all the things that people may ask about your company or product. Just because your client wants to keep the conversation focused on Product Launch X doesn’t mean that’s where the conversation will remain. Identify any potentially touchy issues now before someone else does it for you, and be prepared to explain them.

3. Be humble…and listen. In an effort to assert superiority or retain control of the message, often companies can be perceived as arrogant or out of touch. Sure, you can’t please all the people all of the time, but acknowledging what you don’t know and admitting imperfections sure helps. So does listening to your audience and asking how you can do better. If your client is merely looking at social networks as another channel to push out carefully controlled messages, it’s time to intervene.

Those are just a few of my thoughts. How would you prepare your clients for a social media crisis?

(Full disclosure: one of Nestle’s competitors is my agency’s client. This post is not in any way expressing my, my agency’s or my client’s opinions about the content of the controversy itself, or Nestle’s response to the situation.)

Kathy Casciani is a “Senior Vice President at DeVries Public Relations, a consumer agency in NYC. I run the Tide detergent business and also contribute to the Pepperidge Farm business. I have the pleasure of working with many wonderful women (and a few men) – Stephanie Smirnov is our fearless leader, and I count Liza Weiner and Amy Schoenberger as members of my fabulous team. Before DeVries and my career in consumer public relations, I lived and worked in San Francisco on wine and spirits accounts. Prior to that I spent 8 years in the music biz! I’ve had the pleasure of working with a lot of punk rock and alternative artists such as Alanis Morissette (I represented her during her first breakthru album Jagged Little Pill), the Offspring, Sublime, 311, Tom Waits, Rancid, Pennywise, Simple Minds and more. Fun times. I grew up in San Diego, CA living by the beach, attended UCLA.  I’m not sure how I ended up on the east coast but I met my Scottish husband here (working at another agency I might add) so I guess I’m here for awhile!