Journalists, as a group, have a lot of pet peeves: sources who want to go off the record for no good reason, overly literal editors, the Oxford comma. But the biggest complaint? Getting calls from flacks who want to make sure that their email arrived. We live in 2013: the email always arrives.

Jeffrey Young, an otherwise calm and thoughtful Huffington Post reporter, once wished death on PR pros who dare to waste his time following up on an email (“DIE IN A FIRE,” he tweeted). Washington Post policy wunderkind Ezra Klein says he lets all calls go to voicemail, lest he waste his day confirming that — yes — the email actually arrived. Ivan Oransky, the executive editor of Reuters Health, published a list of more than 20 snarky responses reporters could use when they get that phone call. (Hanging up and putting the call on indefinite hold were two popular tactics.)

Despite the near-universal condemnation, the calls keep coming.

Sometimes, it’s a function of inexperience on the part of the PR pro. But more often, it’s pressure to get a response — any response — to satisfy a boss or a client or that blank spot next to a reporter’s name on a media list, trading lasting damage for a small bit of certainty. But if calls are off-limits and an email pitch goes unresponded-to, what is a flack to do? I have three suggestions:

At the end of the day, a reporter who ignores a pitch is often signaling that not only are they not going to write the story, they’re not even going to consider it. A pitch with a high rate of non-responders may be fundamentally flawed, regardless of whether it’s delivered by email or phone or carrier pigeon.

So rather than taking radio silence from reporters as a reason to hit the phones (and damage relationships), it’s worth first looking inward: Is the pitch brief? Is it well-targeted to the writer’s area of interest? Has a relationship been established with the reporter? 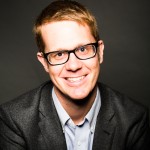