On Tuesday, November 16, Apple made an announcement music fans had been waiting years to hear– The Beatles were coming to iTunes. Steve Jobs, a Beatles fan, said it fulfills a dream he’s had since the iTunes store launched ten years ago.

From a PR perspective, the announcement offers three simple, effective lessons in “buzz” marketing; techniques reviewed in my new book, The Innovation Secrets of Steve Jobs. Although the book was published prior to the Beatles release, Apple’s 3-step PR launch remains remarkably consistent—whether Apple is unveiling new iTunes music, a new computer, iPods, or iPads.

Build the suspense. One day prior to the announcement, On Monday, November 15, Apple took down all product promotions and images from its homepage and replaced it with a simple, but perplexing sentence that teased its customers: “Tomorrow is just another day. That you’ll never forget.” It also listed the time of the announcement. Now, it’s true that most everyday press announcements are not issued by companies like Apple, whose every move is closely tracked by rapid fans the world over. But it shows that Apple has fun with its communication. They don’t take themselves too seriously. Apple also realizes that buzz is built early, well before the actual product launch.

Eliminate the clutter. On Tuesday, November 16, as soon as the announcement was made, Apple replaced the tease on its Web sit with one photograph of the Beatles. The headline read: The Beatles. Now on iTunes. That’s it. Classic Apple. The company follows this process for every major product launch—Anything that distracts from the core message is removed from the Web site. Where most companies would add the news, Apple removes. The result is clean, elegant, and simple to understand.

Keep it consistent. At the same time as the Web site redesign, Apple released a press release with exactly the same headline as the Web site: The Beatles. Now on iTunes. A few hours later, an email was distributed to Apple customers. The subject line? You guessed it: The Beatles. Now on iTunes. Walk into an Apple store, and you will see the same headline on posters and ads. The message is consistently communicated in all marketing, advertising and public relations material.

Yes, Steve Jobs is one of the most innovative entrepreneurs on the planet. But he’s also an astonishing communicator. When Apple releases a product, watch the rollout carefully. There is plenty to learn. 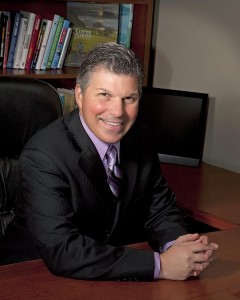 Carmine Gallo is the media training, presentation and communication skills coach for some of the world’s most admired brands. He is President of Gallo Communications Group, a company whose clients appear in the news every day. Gallo is a former CNN anchor and a former Vice President of Ketchum, a global public relations firm. Gallo holds corporate workshops and gives keynote speeches around the world on the topic of leadership and communications. Visit Gallo online at http://www.carminegallo.com