Measurement in public relations and social media is one of the most polarizing topics in this space. Guess what? It has been polarizing for longer than you and I have been alive, most likely. Over the last several months, the drumbeat has intensified to come up with a more standardized approach to measuring the impact of our programs. Todd Defren got the ball rolling with his post about PR measurement fails, and using Web metrics as a gauge of success in PR. The truth of the matter is that Web metrics could be one potential gauge of success, but talking about it in a vacuum won’t work. Then a recent #pr20chat discussed a very similar topic, and it didn’t take long for the discussion to go slightly off track. Instead of talking about the process of identifying metrics, we ended up talking a lot about individual metrics. That, my friends, is what we call the measurement rabbit hole. As soon as you start down that path it’s very hard to pull yourself out of it.

By now we should all have the steps toward successful measurement beaten into our heads, but if not….

This should be pretty self-explanatory for most of us but one metric is not an appropriate measure of success. Most often when one metric is used to define success it is impressions, and we know how imprecise that is as a metric. Why is there this over reliance on one metric? Is it just because of our hatred of math (a total cop out by the way)? Are we not spending the time to create a list of metrics using the steps outlined above? Do we not know what metrics we should be using? It is probably a little bit of everything, which is the subject of this post today.

In the comments to Todd’s post, I raised the point of using a series of metrics to create an index score. Before you start freaking out over the use of the word “index,” give me a second to explain what I mean.

I think if we put our minds to it and didn’t cop out about our hatred of math, we could come up with a list of metrics that not only fit our particular campaign but are widely accepted as metrics in the field. This could be anything from impressions (I hate them, but you should know they are used still by many companies and are accepted), sentiment, mention prominence, spokesperson quoted, mention in a target publication, raw number of overall mentions and the presence of key messages in the articles. Those are mostly traditional PR metrics, but I’m sure you could come up with a similar list for social media. These metrics taken individually don’t mean a heck of a lot, but brought together into some sort of score tell a pretty powerful picture.

So how do we go about creating this “index?” The process is actually much easier than you might think…

That wasn’t hard, right? You’ve incorporated a series of metrics into a cohesive PR measurement story. You can easily see now how a similar process can be applied to social media, right? This isn’t tough stuff if you build the process up front. Have you ever built anything like this? If so, come and tell us about it so we can all learn. 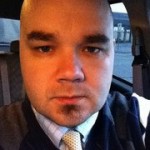 Chuck Hemann is currently Vice President of Digital Strategy and Analytics for Ogilvy Public Relations Worldwide’s 360 Digital Influence Group. For the past six years, he has provided strategic counsel to clients on a variety of topics including online reputation, social media, digital analytics, investor relations and crisis communications. Chuck can be found online on Twitter and on his blog.