Losing touch with your audience can spell disaster for those of us in the PR. It’s likely we’ve all spent some time in a rut caused by becoming isolated from our target market, but hopefully, we refocused, recharged and then most importantly, moved beyond the point where we became distracted in the first place. But how do you know you’ve lost your way long before your effectiveness drops off? A surprising analogy may offer the architects of public perception some valuable lessons.

The ashbin of history is heaped with examples of how familiarity truly bred contempt between once dominating industry giants and their once happy customers. To review one current example with notable implications for the public relations industry, we need go no further than our children’s gaming products.

A little more than a decade ago, the world regularly held its breath awaiting the next generation of any number of Japanese gaming products. Each new version was guaranteed, by reputation, to be exponentially more cutting edge than the last. Today, however, with the lone exception of Nintendo, barely, Japanese video games seem universally out of step with their market. One developer, legendary game creator, Tomonobu Itagaki, (Dead or Alive), blames the newest generation of developers by citing what he feels to be three perilous shortcomings.

Itagaki concludes that creators of recent video games lack an understanding of the subtleties of gamers not from their own culture, namely Americans. I know, the thought of someone besides Americans being culturally inept is almost refreshing—but it has translated into games that don’t tap into the nuanced expectations of users.

He follows up with a related argument that gamers have essentially failed to innovate. Long gone are the days when a new version was, quite literally, a game changer.

His final observation is that developers have not kept up with technology, a huge letdown for today’s American audience who now avoid theater attendance if the experience isn’t in 3D. So what does this have to do with public relations? Let’s apply Tomonobu’s trio of points to our profession.

Itagaki describes, imprecisely, what he views as a lack of social skills among a younger generation of designers. More correctly, a deficiency in adaptively relating to a customer from another set of customs is the issue. This isn’t meant to say that a month long immersion experience is required for either PR professionals or Japanese game developers, but it does mean that research about a client’s culture is not optional. Still, it can be argued that the first several generations of Japanese video games were successful because of the designers’ cultural awareness with the world’s gamers. However, failures are often cumulative in nature.

When release after release of great games were coming out in seemingly endless waves, the greatness stemmed from how refreshingly novel the uses of unanticipated technological developments were. Just as great public relations pros are never comfortable hiding within the confines of “the box,” the golden age of gaming releases reflected innovation. Public relations scenarios across time can be roughly categorized into a small set of basic categories, leaving only details left to be inserted into otherwise well worn responses. The down side of this is that the line between routine and creativity can become blurred. What makes a great public relations executive is the ability to prepare the landscape upon which any number of circumstances can be effectively managed without becoming predictable, and therefore ineffective.

There’s a difference between jumping on the latest bandwagon, vis-à-vis technology, and understanding how best to employ a new tool in the most rewarding way. To do this, you have to go well beyond knowing the function of some new program – you have to discover the essence of the new technology’s potential. Throwing up a Facebook page or getting a corporate Twitter account is not only inadequate; it’s an invitation for your competition to eat your lunch. If you’re not directing your technology towards a new opportunity created by the development of a program or service, you’re not really in the game.

If you really like comfort zones, public relations probably was probably a bad career choice. In fact, it’s no place for video game developers, either. While the bad news is that you’re opposite number in another firm, or that crisis that’s sure to develop at some inopportune moment, is just waiting for you to stop preparing, stop growing, stop learning and stop risking. Learning from the mistakes of other, in this case those from a seemingly unrelated industry, is a productive way to not only make the same mistakes, but to chart new ways of doing what you do best even better. 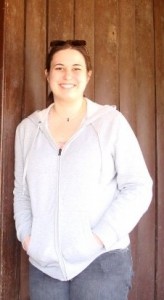 Whitney Jones is a freelance writer living in the Midwest. She enjoys long walks almost as much as her Bichon-Poodle mix does, and can most often be seen with a Sir Walter Scott book in her hand. She writes on behalf of Colorado Technical University.