Lately I’ve been wondering if those of us in the public relations industry are ever really going to do the things necessary to earn the respect most people in this business deserve. Sure, there are plenty of PR hacks out there. But as with every industry, for every hack, there are dozens of knowledgeable, experienced, ethical and talented PR pros.

So, how do those of us who care about things—like respect for our chosen profession—go about making that a reality? Good question!

Here are some thoughts to consider:

I’ve said that I don’t think we need a new definition of what those of us in the business of public relations do. And if you’re in the PR industry, you should consider what Harold Burson, co-founder of Burson Marstellar, had to say a year or so before the ‘new definition’ of PR was revealed:

Public relations is a process that impacts public opinion. Its objective is to motivate individuals or groups to take a specific action. Like buying a certain brand of toothpaste or automobile; voting for a specific candidate; supporting one side or the other of a political issue; signing up with one cable provider over another. As such, public relations is an applied social science that draws on several social sciences, among them psychology, cultural anthropology, sociology, political science, economics, geography. Actually, one could more accurately describe public relations as a maturing applied social science. It is all too slowly developing theories and a body of knowledge, mainly case histories, that can bring about greater discipline, uniformity and predictability in delivering our services.

One, we can seek to change a presently held opinion or attitude.

Two, we can seek to create a new opinion or attitude.

Three, we can reinforce an existing opinion.

“Public relations is a strategic communication process that builds mutually beneficial relationships between organizations and their publics.”

As you might imagine, Burson wasn’t all that thrilled with that newfangled definition. And this quote succinctly sums up his thoughts:

As for a definition of public relations, I believe the most authoritative goes back to Edward L. Bernay’s classic Crystalizing Public Opinion published in 1923. It forms the basis of a definition I have valued over the years:

Public relations (pub’lic rel-la’shuns) n. sing. – An applied social science that influences behavior and policy, when communicated effectively, motivates an individual or group to a specific course of action by creating, changing or reinforcing opinions and attitudes. Its ultimate objective is persuasion that results in a certain action which, to succeed, must serve the public interest.

What Burson says makes great sense to me. His argument, essentially, is that by reducing the role of public relations professionals to that of communicators, we take the heart of what we really do out of the equation, and thereby diminish the value we bring. Why in the world would anyone want to redefine a profession in such a manner that diminishes its role and/or its ultimate value? On this, I’m with Burson.

I also think that Paul Holmes of the Holmes Report makes quite a bit of sense his essay entitled “What Is A Public Relations Consultancy?“.

One of the big points both Burson and Holmes are making is that we’ve collectively gotten too caught up in our push to publish a story at the expense of what we really do. And that is functioning in our role as consultants and business advisors to the organizations for whom we work. Telling the story is only part of what public relations needs to become again. Our real mission is—or at least should be, persuading, motivating, changing thoughts and opinions, affecting change in a way that benefits and serves the public interest. At least that’s why I got into this business–how about you?

Jack Martin, global chairman and CEO of Hill+Knowlton Strategies, makes that point in his Fifth Seat Philosophy that the Holmes Report quoted in this article:

“When faced with significant strategic decisions, companies traditionally turn to four advisors: legal counsel, investment bankers, management consultants and forensic accountants,” the firm’s website explained. “Each is trusted to review their area of expertise, but none factor public trust into their final analysis. We fill a Fifth Seat in your boardroom, helping transform your corporate reputation into competitive advantage.”

And that, my friends, is the heart and soul of public relations. Or at least I proffer that it should be. Taking a seat in the boardrooms of the companies we serve, large or small, and helping transform corporate reputation into a competitive advantage. Helping to affect change, in some fashion or another. Doesn’t that sound infinitely more like something you’d like to devote your career to than that ‘new’ definition of PR referenced above?

All of this? Well, it’s making me think about what we should be doing differently. Sure, we’ve got people in this business who don’t live up to high standards, but what profession doesn’t? Step up and throw the first stone if you think you work in an industry that doesn’t contain a few snake oil salesmen and that doesn’t make mistakes along the way.

But we do need to work on our industry’s reputation. Clearly. What do you think? What should we be doing differently? If you’re in the PR industry, is your role similar to what Burson defined—or not? How so? 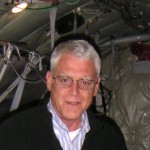 Rick Rice is an independent consultant with more than 35 years in public relations working in both corporate and agency jobs. He has worked with organizations of all sizes and non-U.S. governments. Most of his work has been in corporate and crisis communications. You can find Rick on Twitter or learn more at his website. Shelly nagged at him so much he finally agreed to guest post here.