Social is still a hot trend. Clients are demanding it, agencies are pitching it, and consumers are inundated with it. Social is a direct-to-consumer channel to reach influencers and build awareness, but there’s a real problem getting your message through the noise. The daily usage rates of social are staggering, with over 42 billion minutes spent on Facebook, 50 million tweets, and 2 million blog posts.

The challenge to cut through the clutter is daunting for brands, agencies, and consumers alike. What’s the secret weapon? Look internally – at the women on staff. The best female practitioners might just hold the key to strategic multichannel communications as they are smart communicators, strong business leaders, AND constitute part of the influential target market of women and moms that many clients are trying to reach online. 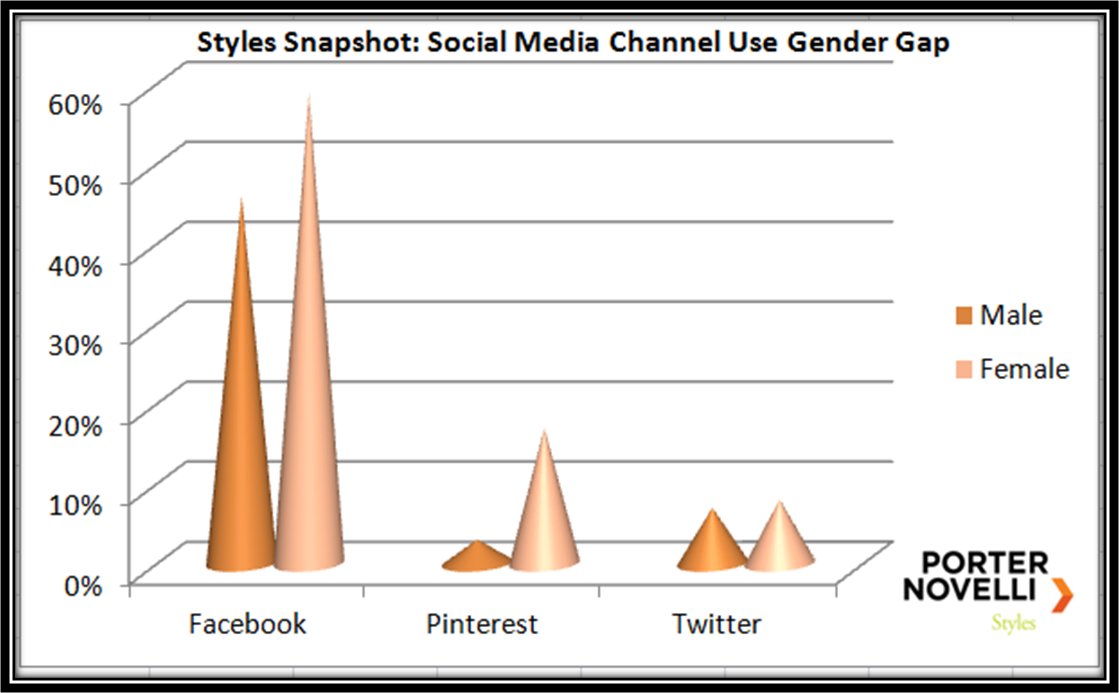 According to Porter Novelli Styles data, women average almost one-third more time than men on social media each day, and are much more likely to be on Facebook and Pinterest than men (five times more likely, in the case of Pinterest). Conversely, men spend twice as much time watching online videos. When it comes to blogs, Nielsen reports that the majority of bloggers are young and female, typically aged between 18 and 34, and one in three are mothers themselves.

Nielsen reports that women are the key buying decision-maker in the majority of domestic households and Women, Power, and Money, commissioned by the Hearst Corporation and FleishmanHillard, details the marketplace as dominated by women leading day-to-day purchases and sharing the responsibility of big-ticket purchases.

The report points out that: “women bring a value-orientation, a preference for solid brands, and a tremendous openness to new brands across categories, even when she is relatively satisfied with her existing choices. Her marketplace frustrations lie with “option overwhelm” and channel frustrations, placing the onus on brands to create simple, consistent, and compelling product offerings and communications. She lives in a multichannel world, and so must brands.”

Best way to get the inside-scoop on an audience is to put yourself in their shoes, or better yet, just be the audience. Great female PR pros should be able to harness their honed communication skills with the innate understanding of the female audience, since they are part of the demographic themselves. Take the business acumen of a woman in PR and aim her communications at a female audience and you might just have a killer combo.

Now, I’m not saying you have to be in a demographic in order to know how to be persuasive – far from it – but smart PR pros who have a leg up by being the target they are going after should use it to their maximum benefit.

Just recently, my team at Porter Novelli leveraged first-hand knowledge that moms highly value dinnertime with their families to design an entire campaign around Welch’s brand belief in the “magic of the kitchen table.” We didn’t rely solely on personal experience, after research and a survey we were armed with data to support the message – but it was the feedback from the mom communicators on our team that led us down a smart path. The Kitchen Table Report netted the client rapid national media exposure with over 270 million impressions, an increase in web traffic, and assisted in increasing positive tone in coverage from 86% to 93%. This outreach, which received an honorable mention in media relations from PR News, is just one example – share your campaigns targeted at moms led by women below in the comments.

Understanding the target in a unique way, savvy women across our industry are advantageously using social and traditional tools to craft integrated PR campaigns to reach female decision makers. Using these tools, they are not only communicating to the end target, but also listening, engaging in a two-way dialogue, helping the consumer through channel fatigue and information overload, and guiding her to a brand of choice. And really, isn’t that what PR is all about.

Tina McCormack Beaty’s passion is food, local retail, and small businesses. Professionally focusing on strategic communications, branding, and entrepreneurial marketing using integrated tools of social media and PR. Currently, Tina is president of Washington Women in Public Relations and is an accounts lead on Porter Novelli’s foodie team. She also serves on Miami University’s (OH) Alumni Board. You can reach Tina at @TMStrategy.