Without question, my favorite part about Twitter is crowdsourcing. I can’t count the number of times I’ve had a passionate POV or a question I couldn’t answer, shared it on Twitter, and been amazed at others’ perspectives and how much I learned from my industry peers.

A couple of weeks ago one of these situations came to life. In the past year, I have seen more and more agencies and companies advocating for a social media crisis plan. And to be completely honest, I don’t get it. Social media is a channel. A crisis often affects your brand far beyond Facebook, Twitter or the blogosphere. In the end, your reputation lies in the hands of your customers and influencers. And those people don’t just live in a social media bubble.

Sure, a brand can employ social media to communicate in near real-time when a crisis strikes. And for most, that tactic will make sense. But isn’t it just one or a few pieces of the overall crisis plan puzzle? If you ask me, our PR peers too often sell social media crisis planning as a scare tactic because they know the social response is the part brands worry they can’t control. But on the other hand, social media does play a significant role in crisis communications these days, so maybe it’s just semantics and I’m getting all worked up over nothing?

Those were the questions I set out to answer the other night when I tweeted the following: “Does a company need a crisis plan or a social media crisis plan?” And the answers, as usual, taught me a lot and forced me to consider alternative perspectives. Below is a compilation of the folks who joined the conversation and the thoughts they shared.

The other night while channel surfing, I found myself also surfing through my Twitter stream and came upon a conversation about crisis communications and social media between Justin and Rachel. A couple of us decided to butt in and we ended up having a pretty lengthy and very interesting conversation.

While I completely agree that social media needs to be included in a communications plan, I don’t believe it needs its own plan, which is what Justin originally asked. As Rachel said to us that night, “Social media is a vehicle used to disseminate the crisis, one element of a larger plan.” She is bang on with that.

With today’s heavy use of technology and the amazing power of social media to reach so many people so quickly, it should definitely be considered and/or used in the event of a crisis, as should other traditional channels such as TV, radio and print. The most important thing to remember is that when developing a crisis communications plan, companies/organizations really need to consider who their audience is, and what the best way is to reach that audience. 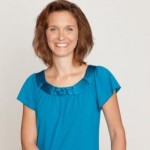 Elissa Plastino is corporate brand manager for Isle of Capri Casinos, Inc., one of the most seasoned companies in the regional gaming entertainment industry. She has more than 10 years of experience in government and corporate public relations.

And so on. Social media in and of itself is not a plan. It is a method of communicating. A crisis communications plan should definitely have a social strategy section outlining who the decision makers are in regard to what content should be shared – and where, how, and from whom. It is absolutely crucial to outline what role social media will play in any crisis situation – including how fast the company needs to move on communicating. These days with social media, companies don’t have the luxury of time. So addressing issues via social media is an absolute must.

Any company that doesn’t include social media guidelines in their crisis plans is foolish.  Even if they think they’ll never use it – after all, isn’t that the hopeful case for a crisis plan in the first place? Plan for it and hope you never have to use it! 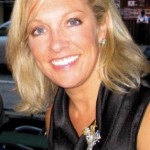 Christine Perkett is the CEO and founder of PerkettPR – a public relations, social marketing and interactive digital services firm. She has been consistently recognized as an innovative PR and social marketing industry leader and a strong role model for women in business and technology.  In addition to running a small business, Christine is a mom of two boys and three dogs and a marathon runner in her “spare time” – most recently completing the 2010 Boston Marathon. Connect with Christine on Twitter: @missusP or LinkedIn or with PerkettPR on Facebook. 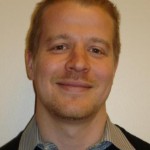 Check for more on SM and Crisis Comms on Friday February 11th, right here on PRBC