A respected academic posts a blog titled, “Spotlight on Ethics: Not Every Business Decision Can Be an Ethical One — So Where Do You Draw the Line?” Right off the bat he writes, “no one can go around living like Socrates, doing only what is ethical, moral and just.” I don’t know about Socrates, but if Diogenes saw or heard that line he’d grab his lantern and run.

Relax. This is not another holier-than-thou sermon on ethics. Rather, it’s a plea to stand for something more than just earning a buck, and to believe in what you do.

Some years ago a colleague of mine represented a prominent Baby Bell in a national telecom debate – actually the communications industry battle of the day: the legislative fight leading up to passage of the 1996 federal Telecommunications Act. Midway through he switched sides to rep a large long distance company on the opposite side of the policy battle. Justifying his about face, he explained that he was an “arms merchants” whose services went to the highest bidder. I don’t buy romanticized rationalizations about “communications mercenaries.” In another walk of life they call such individuals exactly what they are: hookers.

One of the reasons that PR has a sinister reputation in some quarters is the tendency of some practitioners to use media to influence others – whether or not they believe their own spiel. I was reminded of this after my last post at PR Breakfast Club when one reader commented on PR’s importance as a tool for “changing behaviors.”  Another excellent rebuttal to my post, by Derek DeVries, made a point about the chameleon-like nature of many in the business: “Like a defense attorney, being a public relations pro sometimes means working for the best interests of a client you may not agree with.”  I suppose it’s true that crooks, like everybody else, deserve their day in court. But defending, via PR, what or who we know to be indefensible? I’m not convinced that’s the same.

Around here we’re known for certain things: launching startups, defending competition and turning the table on giants, in market and policy campaigns. We are squarely in the camp of David, and the odds of our ever crossing over to support Goliath are nil. Even if we’re not directly engaged in the debate, we routinely offer our view, as we did in a recent thumbs down on the proposed AT&T/T-Mobile merger. Speaking out for the little guy – that’s key to our identity – who we are and what we do.

Operating a PR agency on a firm set of beliefs doesn’t make you better than anyone else, and may not be the best way to run a business, either. At least you’re credible.

As for my colleague who thought otherwise. . .In one of life’s ironic twists, his next job was repping a Las Vegas casino. Somehow the image of him surrounded by mobsters, gambling addicts and pole-dancers fits. 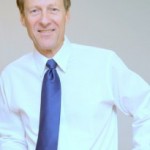 Jim Crawford is the president of Crawford PR and author of Black Box Blog, an expert perspective on tech PR success.