Two years ago I was talking to an executive of an NFL franchise. Twitter was just blowing up and I counseled him that the team should be harnessing their players’ burgeoning interests in getting on the social media tool as a means of connecting with fans.

Set the tone with your employees, teach them how to use it, and you’ll potentially have a quality brand ambassador.

His response to me was, “There’s no way in hell we’re letting our players on Twitter.”

And I thought, “Man, he doesn’t get it. He has no choice. His players will be on, and he’ll have lost the battle before it even begins.”

All of this brings us to the case of Rashard Mendenhall, the talented yet troubled Pittsburgh Steelers running back.

Clearly, however, no one ever counseled him as to how he should use it, as was evidenced by his Tweets following the death of Osama bin Laden. He wrote, “It’s amazing how people can HATE a man they have never even heard speak. We’ve only heard one side . . .” He also tweeted of Sept. 11: “I just have a hard time believing a plane could take a skyscraper down demolition style.”

Whether Mendenhall had a point or not, there’s just some subjects you don’t touch without damaging your personal brand — especially when they go against the grain of what 99.9 percent of Americans believe.

And so not only did he damage himself, but along with it, the brands he represents: the Steelers, the National Football League, and his principal endorser, Championathletic apparel.

The fallout was relatively predictable: a massive swath of national media coverage, widespread scorn, and of course, Champion dumped him.

Welcome to Tiger Woodsville Rashard! Champion said it was, “ending our business relationship” with Mendenhall since the athletic brand doesn’t think he “can appropriately represent Champion.”

In short, his personal brand became an unfortunate anchor weighing down the apparel line he was representing.

One would expect Mendenhall to react by being contrite, saying he learned from his situation and hoped to redeem himself, right? Naaah! He and his agent decided it made more sense to sue Champion for violating his contract.

“For Rashard, this really is not about the money,” Steven Thompson, an attorney representing Mendenhall, told the Associated Press. “This is about whether he can express his opinion.”

Now I’m no lawyer — although I did play one on “L.A. Law” opposite Corbin Bersen –  but when an employee says something stupid that embarrasses the brand the employee represents, said employer can relieve he or she of their duties in a heartbeat.

Look, Mendenhall has had a tough offseason due to no one other than himself. SteelersDepot, a popular fan blog, is even speculating he’ll soon be an ex-Steeler as the team’s owners, the Rooney family, has a low tolerance for embarrassing the team’s brand.

What Mendenhall’s agent needs to do is to wake up and consider the longterm personal brand of his client. He should be counseling his player is to step back and let this entire situation pass. Call it some toxicity relief. Just get on the field and have the best season of his young career.

To quote the late Issac Hayes’ background singers in the song “Shaft,” most important — for now at least — is for Mendenhall to just “Shut yo mouth!” 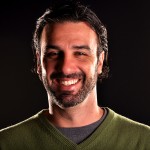 Aaron Perlut has spent 20 years in media and marketing – both on the corporate side and in agencies large and small. In 2009, he left Fleishman-Hillard to found St. Louis-based Elasticity, where his work focuses on helping companies manage reputation and market brands by “triangulating” integrated communications strategies between PR, social media, and search. He also generally sports a large mustache and consumes copious amounts of bacon. To learn more about him, visit GoElastic.com, AaronPerlut.com, or follow him @AaronPerlut.