It was February 2009 that Chris Brown was in LAPD custody for his brutal fight with Rihanna after Clive Davis’s pre-Grammy party.  Under two weeks ago, just three years later, Brown accepted a Grammy for R&B Album of the Year.  Part of me wants to commend Brown’s public relations team for creating such a comeback; part of me wants to scold The Recording Academy and society as a whole for awarding a celebrity figure who committed such a heinous crime.  But as many public relations practitioners know, there are times when you must do your best to defend a client with whom you may not agree.  So where does one begin?

Hollywood theatrics aside, the best reputation management begins before a threat surfaces.  Creating a trustworthy image from the start will later serve to help diffuse any negative situations or press.  If and when a scandal breaks, it will then be only one of many stories about your client popping up in a Google search, most shedding light on more positive activities.

What to do when something disreputable does break?  Start with an apology, and have a plan to backup your client’s sincerity.  A better case study than Brown’s lackluster 20/20 apology is found with Michael Vick.  Call Philly what you will, but most people (myself included) were furious when such a despicable dog killer was signed by the Eagles in 2009.  Under the guidance of Tony Dungy, Vick started with an apology, then made it count with charity work for the SPCA and similar organizations.  His reputation will always have a colossal blemish, but it has at least been neutralized since the day he ran onto the field to the sound of 50,000 boo’s.

Reputation management is a topic too often not discussed as a long-term initiative.  2012 already contains a thousand examples of tarnish to seemingly favorable reputations: Foxconn versus Apple; Planned Parenthood versus Komen; the GOP versus itself.  In a world where news breaks on Twitter before it does in the media, we must proactively manage our clients’ reputations before a crisis emerges to better their chance to come out on top.  After all, the general public is probably not as forgiving as the the music industry, and most of our clients can’t buy back fans with a catchy dance beat. 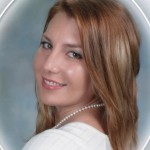 Jill Weiskopf is a 2011 graduate of La Salle University, where she earned a degree in Corporate Communication.  Savvy in design, her specialty is a hybrid of visual and written communications.  Jill currently works as an Account Manager at an Events Marketing agency in Philadelphia.