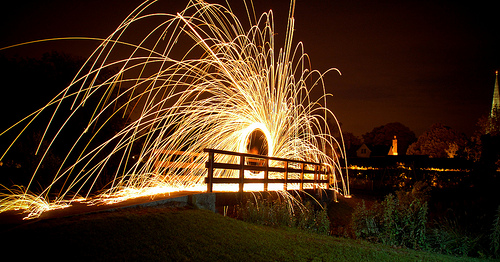 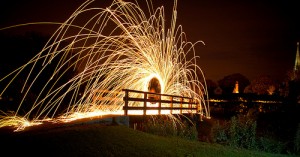 Burning bridges. Is there ever a good or right time to do it? Niki Pocock has a post on that at her blog It’s All Wrong, which she spends asking that question. I have the feeling this is not a yes or no kind of topic, rather it will depend on who you are as a person. I’ll take a shot at answering it though.

In my experience, burning bridges in the professional world has never been an option. You have no idea what the future will hold, or what the person on the other side of that bridge you are burning (presumably an ex-employer or co-worker) will say about you. If there are negative feelings there already, burning a bridge simply adds to the bitterness, and gives your former employer another black mark (from their point of view) to discuss.

Whether or not you want a potential employer to make contact with a former employer, they will do some background checking. Jason Mollica, President of JRMComm, Inc. says this in the comment section of Pocock’s post:

The bottom line? Be smart. But sometimes, it’s inevitable that a bridge will be burned. It shows the type of person you are and the kind of worker you will be for that new employer.

That’s about as well as I can put it. If your former employer wants to burn a bridge, so be it, nothing you can do about that. However, don’t go out of your way to pull a Green Day (may contain NSFW language).

An opposing viewpoint, presented by Arun Manansingh, Chief Information Officer for FusionLatina, LLC from his post inDecember is burning bridges is viewed as a tool, and employed when needed:

There are only so many hours in a day. To be successful you need to be more efficient, get more things done, and prioritize. By keeping every connection and relationship you are bound to get unnecessary calls, e-mails, etc. that will eat up your precious time. Time best served directed at something to make you more successful.  If those connections help you, that is great but if they do not, it is time to strike a match.

I disagree. Here’s the thing, perhaps Arun and I just have different definitions of what it means to burn a bridge. To me, that means parting ways, never to return. It is possible he is saying end the professional relationship, and rebuild it if necessary. I’d agree with that, but why reconstruct a bridge if you don’t need to?

Rather than burning a bridge, just agree to disagree with your former employer. Try to part on good terms, or at the very least neutral terms. Nasty office politics can arise from burning bridges; perhaps we should all just adhere to what our mothers taught us. If you don’t have anything nice to say, don’t say anything at all.

This is republished from Matt LaCasse’s blog with his permission.