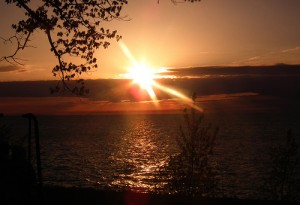 What is the worst feeling on earth for you? I’m not referring to tragic life events, I’m talking about those feelings that can happen any day of the week. For me, the worst feeling on earth is a combination of embarrassment and knowledge I was wrong about something. Being the former journalist I am, being wrong is not something I take kindly to. I was paid to be right. When I first started at KFRU in October of 2003, I was an arrogant and inexperienced reporter. I use the term “reporter” because I was nowhere near being a journalist as I quickly learned.

I was very nearly fired within the first three months I was at KFRU. I don’t remember the specifics, but I got key facts wrong on two stories within a few days of each other. Neither story was the type of headline anyone would likely remember, but that’s not the point. I had aired a story that was wrong. Not once, but twice. To this day, I don’t think I’ve ever felt sheer terror deeper than when Dan Claxton sat me down with Program Director Tim Murphy and told me I’d burned two of my three strikes.

I doubt you have ever had the pleasure of meeting James Daniel Claxton, but the man was born to report the news. In America in 2013, the term “love” is used in many circumstances where “like” is probably more appropriate. “I love my new bike,” “I loved that movie,” etc. Dan Claxton LOVES reporting the news. I could not have chosen a finer mentor to teach me how to be a journalist. We never had an official mentor/mentee relationship, but looking back on it I absolutely treated it as such. I’d listen to him interview different kinds of people. Congressmen, senators, governors, CEO’s, spokespersons for all different kinds of organizations. He treated each of them with equal amounts of the respect (or contempt) they deserved. I could list all the various things I learned from Dan, but you’d get bored. Instead, let me teach you the most important thing I learned from him.

You are fallible. You also have the power to overcome that fallibility.

A lot of my professional beliefs stem from that. I mentioned liking to be right earlier. I tend to double and triple check facts before I put them in writing. I attribute that to Dan. I cared about reporting the news accurately before I started at KFRU, but I thought I was infallible, and as such did not dedicate as much of my attention to my craft as I probably should have.

When you have a mentor/mentee relationship with someone the only way you can get something out of it is accepting that you can do things better. Everyone knows that, but some people (ESPECIALLY marketing/PR folks) don’t like to be seen as weak. They don’t take the advice of someone with more experience. They don’t want to admit they may lack the answer. What separates the great from the good is the knowledge that you are fallible. You can mess up. Knowing that sets you free to truly excel. This is more than being OK with “failure” (and I hate that word…but that’s another post). This is knowing that from mistakes come better knowledge, expertise, and execution. Allow yourself to be mentored. It’s amazing what happens when you do.

A version of this post first appeared on KimberMedia on August 20th.