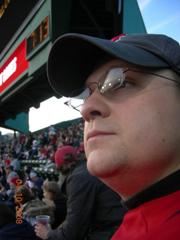 A short while back, Keith Trivitt wrote a thought-provoking post entitled Are Your Clients Ready for PR 2.0? We had an interesting conversation that started in the comments and worked its way offline to an agreement that whether a company liked it or not, they needed social media. I would love to be able to say that I am omniscient, but who am I kidding? So instead, I’ll simply speak from experience.

Now that that’s out of the way, we’ll start with how social media fell into my lap and turned me into an evangelist for keeping it clean and in the hands of the company’s communications team (PR, MarComm, agencies, etc.). About two years ago, our team was pulled into a meeting and told that the search team was going to use and manage Facebook and LinkedIn, and that it fell under Web 2.0 (remember that term), so we were to leave those sites alone.

After about six months, they had lost interest in these pages and the information got stale and dated – enter our VP of PR. After she told me to take ownership and fix the page, she gave me a copy of Businessweek with Twitter on the cover and told me to figure it out.

The key thing about this is that the PR group took ownership of these pages because the marketing team didn’t see an immediate return. Why is this important? Thought you’d never ask . . .

Why PR Should Run Your Company’s SM Efforts

Content is King ­– While this header is cliché, it is also something that flacks, by nature, do well: produce content. If you don’t believe me, think about it for a second. Who writes press releases and their quotes? Briefs executives for interviews? Script the external communications? You do. So why should you leave writing a real-time, let’s-hope-we-don’t-blow-it outlet directly to your customers to anyone else?

There is no I in team – Let’s face it, social media is something that supports all areas of the business and touches every nook and cranny of the org chart. PR, by nature, is there to support the business and partner with every team. It is a natural progression to disseminating the intel gained through social channels to the rest of the organization.

Crickets – Whether you like it or not, the conversation is happening with or without you. Every time someone mentions your brand, good or bad, there is the opportunity to either turn them positive or turn them into a brand evangelist. Just remember don’t be the creepy guy (read as sales) at the cocktail party.

Dollar Menunairs – Perhaps the biggest reason for social profiles to remain within the ranks of the communications team is that while we all like money, we are not blinded by it. Yes, at the end of the da,y it is a bonus to drive revenue for the company, but our main focus is to uphold and bolster the reputation of the company. Don’t let executives be blinded by Dell’s numbers. Instead, show them the time and resources that it took for Dell to achieve those numbers.

While I could go on and on, I promised the #PRBC crew that I wouldn’t pull a Curt Schilling blowhard move. So I will leave you with this parting shot: If your client or company is on the fence of social media, you might want to consider taking the plunge into it because it is always easier to ask for forgiveness than it is for permission.

Jeff Esposito is the PR manager at Vistaprint, and manages the company’s social media efforts. He also pens a blog on social media and PR at www.jeffesposito.com, and can be found tooling around on Twitter @jeffespo