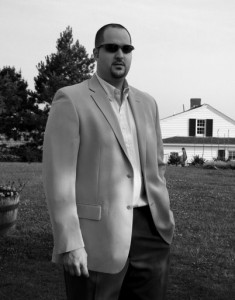 When I conducted my Coffee Talk with Jay Keith, there was one question/answer that I believed deserved it’s own post. Everyday we read articles and blog posts about personal branding. Jay and I have discussed this on numerous occasions. He comes from a journalist background which I believe brings a whole new perspective to the subject. So I asked him, “Are people too serious about personal branding within the SM world? Is it overrated/overused? What would you consider your personal brand?” And here is what Jay had to say:

“Personal branding” is a topic that I really struggle with to be honest. My own professional career path has essentially taught me to never actually “be the story” in any way, shape or form. As a journalist for a number of years, I was taught that the second you become part of the story, you’re not doing your job. There was no room for ego (at least at the time) in the stories I was writing. It was about getting it right, doing it well, and moving on to the next one. In PR I think that the training was much the same before SM came into the picture. You were supposed to be behind the curtain, pulling the strings to get the right kind of results for your clients, and be happy at the end of the day when you were successful. The only pat on the back you were going to get was from your clients or bosses, and that was good enough. But social media has really changed all that, and I would argue not for the better in a lot of ways.

I think that social media has provided a lot of public relations people an outlet to get the credit or the accolades, or just some much needed attention that they never got in the past. I guess that for many, that “fifteen minutes of fame” will never come, so social media fills that void in some ways. Now I don’t think that every PR person is out there touting their own accomplishments and saying “look at me” but in a lot of ways, SM is being abused for personal gain and vindication rather than as a tool to accomplish a goal on behalf of your client or company. I just think that it’s a very fine line to walk between being a thought leader who truly shares knowledge and passion with a broad audience, and someone who’s really just looking for a bevy of virutal handshakes and hugs about how great they are.

Those that have established themselves as a thought leader who really do educate, listen, and help others are great. I can name a dozen off the top of my head who I respect and am happy to follow. But I think the great ones never have a hint of “look at me” in their day to day activities online. They basically let others do the talking for them – if you like their stuff and what they are saying, they know you’ll likely pass it along. But some really aggressively push their stuff and do everything they can to get eyeballs. That’s the kind of thing that bothers me most of the time.

I personally don’t have a blog (though have thought about starting one, admittedly) and try to give the people who follow me on Twitter a bit of everything – PR, marketing, sports, entertainment, day to day stuff, etc. As for what I would consider my own “personal brand” I guess only the people who follow me can answer that one. I certainly can’t. Really the only perception that I worry about is the one that exists inside the walls of Vistaprint, and I’ll stack the team’s fantastic results up against anyone’s.

I would love to hear what you’re thoughts are on this subject. Do you agree or disagree with Jay? Feel free to answer the question I posed in the comments below.