In this third, and final part, of the series, Justin Goldsborough examines whether companies needs crisis plans or  social media crisis plans? Part 1 of the series can be found here, and Part 2 is here.

Note: Rachel pointed us to a June 2010 post she wrote in response to those suggesting social media as a one-stop solution for the BP oil spill crisis. The following is an excerpt.

On Friday I read a story written by CNET reporter Caroline McCarthy, “Corporate Responsibility in a Post-BP Digital Age,” which recapped the #Promise Conference which occurred in tandem with Internet Week New York. From McCarthy’s post: “Imagine if when (the BP) disaster happened, think about what would have happened if they embraced the social networks,” Ogilvy planning director Evan Slater said during a panel at #Promise. “Instead of telling people, ‘you can’t come research this’…imagine if they had gone out to the social networks and said, ‘We’re going to take $30 million and put out a reward for the group of individuals, the organization, the company, that can find a solution to this problem.’ I think the difference would have been phenomenal.”

Really, though? I’m not sure how Slater intended that strategy should be executed tactically and I’m confident he’s savvy at social strategy, but I can only imagine what might have happened had that been posted on a staffed Twitter account, Facebook fan page (dislike button would work well here) or a comment-enabled blog. Self-initiated execution no doubt. Twitterers in scores would demand answers, ask questions and tweet obscenities in the thousands. The idea behind social media is to engage, but how on earth could anyone, especially a company tasked with fixing one of the most significant environmental catastrophes ever, sit back and respond to all of that dialogue. And then would come the fallout of said company spending time tweeting and Facebooking when an ecosphere is dying! Or that said company wasn’t responding – which would probably happen due to the influx of messages. This is not customer service, this is an unseen environmental tragedy that needs to be fixed.

I’m a huge believer in the access that social media gives us regular folk in speaking to companies and becoming involved in issues that matter. I also believe BP made some huge mistakes in its communication strategy. My point is simply that in this day, sometimes we are too eager to propose social media as a cure all for brand repair. A calculated communication strategy looks at the problem, the objectives and the anticipated outcome, and that may not always mean opening the floodgates to dialogue. I agree with Slater that seeking any and all solutions to fix this problem is a good thing, I just don’t agree that social media is the best way to find that – taking the time to weed through thousands of messages driven by emotion to find the few that may have tangible ideas. May not be the most efficient tactic. 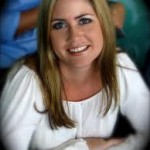 Rachel Kay is the award-winning founder and President of Rachel Kay Public Relations (RKPR). Her experience spans a multitude of industries including consumer technology, food, beauty and fashion, the Web and more. Equipped with a proven track record of success, Kay created RKPR to assist emerging brands and companies maximize their potentials.

Crisis planning and communicating during a crisis in social media is a growing category.  In the past week alone, I’ve worked on two of these programs – one for a company that has done a review following a crisis and noticed an inability to respond to and communicate with customers through social media.  The other is a client who is currently going through a crisis and now needs to turn up additional communications channels in the midst of dealing with the crisis itself.

For each of these situations, and others I’ve seen like it, neither client had a plan or process in place to communicate to a socially connected audience of customers, stakeholders and community groups.  Just like in traditional crisis communications or issues management, if you’re not present, you’re relying on others to deliver your message.  For those with a deliberate approach to social media, this is an advantage. The same rule applies in social mediums.  The opportunity that social media brings is an unfiltered, immediate and direct channel to the public.  A deliberate, dedicated and integrated approach to social media increases a brand’s ability to communicate, manage and mitigate the impact of a crisis on a brand.

A viable brand presence in times of crisis includes:

Unlike traditional mediums, establishing social channels of communications is within the control of the brand, and every brand (with few exceptions) should have a baseline presence in social media.  And, those channels should be considered as part of the company’s overall crisis communications program. 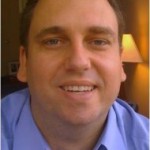 Currently a lead in Fleishman-Hillard’s Global Digital Practice Group, Brad Mays is responsible for defining industry best practices and agency guidelines for emerging online channels and mobile engagement opportunities. In his role as an agency and industry thought-leader, Brad is responsible for helping some of the agency’s largest clients understand how evolving consumer expectations impact their brand.

Whether or not you participate in the conversation, social media is part of your company. As a result, organizations must decide whether or not they should consider having a social media presence, and hence, a policy. A social media policy protects the company by preserving corporate goals. This policy is an evolving set of guidelines, roles, and responsibilities for employees to communicate in social spaces. But the truth is, only 29 percent of organizations that have a strategic social media plan in place have a communications policy in place.

Why create social media policies? Here’s why—What if one of your employees was doing gross things to food and posting it on YouTube? What if one of your customers created three music videos about how his guitar was broken by baggage handlers and the airline offered no compensation? What if your product is recalled? Ultimately, your company’s reputation is at stake. The potential for proprietary information to spread online like wildfire is more than likely.

To avoid your next social media crisis, it is important to respond quickly and consistently to your Facebook fans and Twitter followers.  An unanswered post on Facebook or Twitter is essentially hanging up the phone on your customers. People want the information and want it from the horse’s mouth. Show them you are listening by being proactive, not reactive. Assume responsibility and never delete comments. Have your CEO make an official statement via YouTube. Monitor the conversation closely and update your fans to thank them for their continued patience and support. 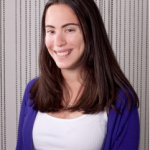 Michele Weisman is a Manager of Special Projects for Likeable Media, a social media and word of mouth marketing firm. When Michele is not sitting by her computer, she is constantly tweeting about social media, checking in to her nearest location on Foursquare, updating her status on Facebook, or rooting on her Syracuse Orange. Mashable cannot write enough posts to keep her satisfied for long. Michele is a recent graduate of Syracuse University with a B.S. in Marketing Management and Television, Radio Film, from the Martin J. Whitman School of Management and the S.I. Newhouse School of Communications.