Since the launch of their products-to-influencers Perks program over a year ago, Klout has done 100+ deals with brands, but, as Ad Age Digital reported yesterday, “…such tactics are subject to [Federal Trade Commission (FTC)] disclosure regulations and the program could potentially have legal implications.”

The catch – The FTC’s 2009 revision regarding testimonials and endorsements in advertising: people posting about such products must disclose that they received them as incentives.

Perks recipients are chosen based on their Klout score, areas of influence, and sometimes geography, and according to CEO and co-founder Joe Fernandez, human oversight is used when a specific demographic is being sought.

According to Ad Age Digital author Cotton Delo, at present, Klout addresses the FTC revision by sending a card with perks that states that recipients should disclose that they’ve received a sample, should they write about it.

As PR professionals, we understand the importance of detailed planning and measurement, and, following Jason’s post last week about Klout’s updated  influence measurement system, I think it highly unacceptable that they have not taken the time to build a detailed and structured monitoring program to check compliance.

What do you think? 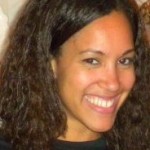 Kelly is a traveler, New York native, public relations and social media professional, avid music lover, techie, and psychologist. She is passionate about enabling meaningful conversations and connections via the social web, believes that learning is lifelong and enjoys discovering new tactics to create and sustain brand identity and influence and maintain advocates.