Last night’s #pr20chat was on the subject of integrating offline marketing tactics with those being used online. More to the point, ensuring “real world” tactics are still playing a large part in the strategy for your organization or client(s).

I’ve been wanting to write about Klout for a week or so now, and why I think Klout is a good starting point for a lot of things, but in the end doesn’t mean anything. This all started for me with the infamous Wired article a few weeks ago where an executive’s job interview essentially ended after his Klout score was deemed too low. After much wailing and gnashing of teeth, posts were written about how much Klout sucks and how it is making those in the PR and marketing industries lazy. END_OF_DOCUMENT_TOKEN_TO_BE_REPLACED

Since the launch of their products-to-influencers Perks program over a year ago, Klout has done 100+ deals with brands, but, as Ad Age Digital reported yesterday, “…such tactics are subject to [Federal Trade Commission (FTC)] disclosure regulations and the program could potentially have legal implications.”

The catch – The FTC’s 2009 revision regarding testimonials and endorsements in advertising: people posting about such products must disclose that they received them as incentives. END_OF_DOCUMENT_TOKEN_TO_BE_REPLACED

Klout sent the social media world into a bit of an uproar on Oct. 26, when it tweaked how they measure influence. According to Klout, influence is the ability to drive action and is based on quality, not quantity.

When someone engages with your content, they assess the action in the context of the person’s own activity. Klout is using three metrics in its “PeopleRank” algorithm: how many people you influence, how much you influence them, and how influential those people are. END_OF_DOCUMENT_TOKEN_TO_BE_REPLACED

Hear me out. The other day, Jay Baer wrote a blog post that made my blood boil. Absolutely boil. I’m sure my eyes bugged out at my desk, and I think I may have cursed a few times while reading it.

But you know what? It made me think. Hard.  As did the comments, so read the conversation when you can.

While I get frustrated with tools like Klout claiming to be standard measure or metrics, what really frustrates me about these tools is they help lazy marketers be lazy. These tools builders know that busy marketers and other professionals using social media are looking for one-stop solutions, so they attempt to provide one. And once that tool is out there, there’s no stopping anyone from using it as they want, even if it seems ridiculous to most of us. END_OF_DOCUMENT_TOKEN_TO_BE_REPLACED

Klout recently announced its latest feature: +K. Similar to Google’s +1, Klout asks that you give users a +K for each topic for which they have influenced you. In theory, Klout scores will now include context and topical relevance.

For example, if you look at my profile topics, you could give me a +K if I have influenced you on social media measurement or public relations. Each user gets five +K’s each day, which means you have to be registered to give others feedback and cannot give unlimited feedback. You can also give a +K to each topic for a person once each week. So if I give you a +K for social media on Monday, then I cannot give you another +K for social media until the following Monday. And +K’s will not last forever, they have an expiration date.

Klout explains that influence can change over time. While there are plenty of people who are influential about SXSW in the first few months of the year, there is hardly anyone talking about it right now. So I may give you a +K for SXSW in March, but a +K for summer beers in June. Influence can be fleeting, and it can grow and shift over time, and Klout is trying to account for that. END_OF_DOCUMENT_TOKEN_TO_BE_REPLACED 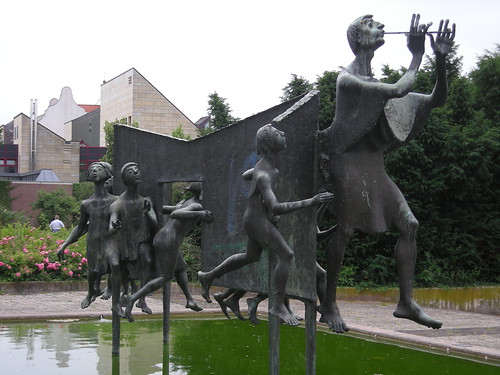 You may be aware that there is a big debate going on in the social media blogosphere about “influence”. We’re all familiar with the mantra that we should be out there leveraging influencers in our communities in order to get the word out about our causes, brands or services… and that makes total sense from a generating-word-of-mouth point of view.