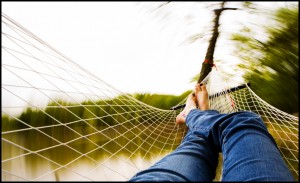 Friday has arrived—and I don’t know about you, but I’m ready for a happy hour. As you count down the hours until the weekend, why not pass the time with some of this week’s best web content? Trust me—the day will fly by. You can thank me later.

Everybody knows that wasting time is the absolute best thing to do on the Web. And laughing at Twitter bios that are beyond ridiculous, the next best. The folks at Mashable featured this tool that generates silly Twitter bios. Go ahead try it, you know you want to:

Arik Hanson nailed it in this post about skills that PR pros will need in the year 2022. To our way of thinking, the smart (and successful PR pros) already know this – and either have these skills or are working on them.

It was a risk when @Sweden decided to let their Twitter account be run by random volunteers, changing every week. This week, turned out there was a hater on board. Wonder if this will change their strategy moving forward:

Not to be left out of the acquisition game, news just in that Microsoft is reportedly sniffing around Yammer in the neighborhood of $1 billion. If the folks I know and respect are to be believed (and they’re mostly reputable, except for that scalawag @ikepigott), Yammer rocks. This appears to be proof that other people think so, too. What about you – are you using Yammer and if so, what do you think?

And congrats to all the bloggers whose blogs made it to Cision’s list of Top 50 PR & Marketing Blogs. Lists are always subjective, but it’s nice to see so many of the people in the industry that we respect and admire – and the bodies of work that are their awesome blogs – on this list. And the fact that the PRBC blog made it on the list? We’re honored beyond belief. It’s because of readers like you that we do this, so our heartfelt thanks goes out to each and every one of you for helping to make the PRBC blog what it is today.

Now get outta here—and let’s get this weekend started!