The latest version of “social media Taps” was an analyst saying that Facebook would “disappear” in five to eight years. Eric Jackson, the founder of Ironfire Capital said, “…(t)hey are going to disappear in the way that Yahoo has disappeared. Yahoo is still making money. It’s still profitable, still has 13,000 employees working for it. But it’s 10% of the value that it was at the height of 2000. For all intents and purposes, it’s disappeared.” 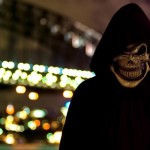 Here’s the thing. Until Mark Zuckerberg, the folks at Twitter, Google execs, etc. decide they are going to turn off their network, social media isn’t going anywhere. Am I basing this on hardened research? No. But don’t stop reading now.

Instead of trying to throw the kill switch on Facebook, Google+, and Twitter, why not think about how each network can enhance each other? For example, Twitter can be used to help build your blog community. Facebook is great for not only customer service, but also promoting products. I haven’t even mentioned what Foursquare and Instagram have done for social media.

The next time you read that a social network is going to set like the sun, see if they also say the earth is square.