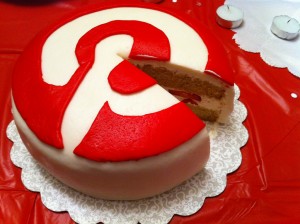 The Pinterest juggernaut shows no signs of slowing down—and although the online pinboard started as an inspiration haven for individual users, more and more businesses and brands are flocking to Pinterest as part of their larger digital marketing strategy.

Before we dive into a few brand examples, let’s take a look at some fascinating Pinterest stats.

A new infographic from Fast Company, appropriately named “The Power of Pinterest,” shows a number of compelling stats that indicate just how powerful Pinterest really is. Here are a few of my favorite findings:

Regardless of what industry you’re in (or representing), it’s important to know who’s using a particular site before you launch your strategy. And if there’s one defining behavior that sets Pinterest users apart from those on other social networks, it’s that they’re ready to buy.

Not only does the Fast Company infographic show who’s using Pinterest—it shows how they’re using it, too—and spending money plays a big role in that activity. Check out these stats:

“In this profusion of figures, you find out a few, key things about the image-sharing service,” writes Cliff Kuang. “For one, it’s dominated by women. Second, something about its layout and culture stokes an enormous buying impulse. And third, major brands are getting in on the act. It’s not a stretch to say that soon, at least on retail sites, a Pinterest button might become as ubiquitous as a Facebook Like.”

The bottom line? If you work for or are representing a brand or business that has something to sell (and don’t we all?), you’d better be on Pinterest—or at least seriously considering it, assuming it makes sense for your target audience. Far from a mere online scrapbook, Pinterest has serious clout (no pun intended!) for brands of all industries and can do a lot more than boost your brand’s visibility and story—it can help you sell more things to more people.

How are you using Pinterest for your company or clients? I’d love to hear more about your experience with the site and what sort of results you’ve seen.

Image by ShardsOfBlue via Creative Commons