mBLAST recently launched a free version of its tool mPACT which claims to find influencers based on topics or keywords. mPACT looks through, “a database of over 25 million articles, 8 million blog posts, and 753 million social media entries.”

So there’s no doubt that there is plenty of data to be had. But does their algorithm work? mPACT assigns an influence score as well if you sign up for the Pro account, but it’s unclear what metrics factor into this score.

I ran a couple of tests to see how well the tool works for finding influencers. END_OF_DOCUMENT_TOKEN_TO_BE_REPLACED

We know why you’re here – you were expecting some fantastically insightful blurb with a length of between 300 and 500 words on somethings communications based, like you’ve been getting every weekday for nearly 2 years, right?

We thought so.  Well, keep on reading… END_OF_DOCUMENT_TOKEN_TO_BE_REPLACED

Keith poses an interesting argument in his post Battle in Adland: Big Shops Encroach on Little’s Digital Turf, and while I tend to agree with the top level assertions, I think there are many more layers to this particular onion. A rising tide in our industry surely floats all boats, and the fact that more companies/organizations/individuals are becoming digitally savvy, and larger percentages of marketing and communications budgets are being allocated to digital, means more of us have and will continue to have jobs. That helps everyone – a larger pie from which to slice.

But I disagree with the position that larger agencies are “catching up.” With acquisition-based growth, perhaps it’s more accurate to say they’re buying up.  END_OF_DOCUMENT_TOKEN_TO_BE_REPLACED

New York, N.Y. – May 25, 2011 – The much heralded Rapture of 2011 came and went without a hitch. For those of you that believed – sorry. By The way – turns out there is no Santa Clause either. END_OF_DOCUMENT_TOKEN_TO_BE_REPLACED

I was a Boy Scout as a kid.  And if you’re wondering, yes, I can still rattle off the Boy Scout Law quicker than a striped lizard on hot asphalt.  In addition to the multitude of moral, ethical, social, academic and cognitive skills that my experience as a Scout taught me, the most tangible life lesson I walked away with from that experience was also the Boy Scouts of America motto – to always “be prepared.”  This simple mantra transcends the notion that we should always be ready for an emergency by keeping a flashlight, food, battery-powered radio and other items on hand, or know how to build an outdoor shelter in cases of disaster.  Like the time I was on a camping trip and had to administer first aid to a fellow Scout who fell and broke his arm and badly cut his head during off trail hiking.  I was scared, but I was prepared.  The Boy Scouts instill comprehensive standards for youth that carry forward and prepare them for their adult lives, helping to improve relationships, work and family lives and the values by which we live. END_OF_DOCUMENT_TOKEN_TO_BE_REPLACED

This week, I wanted to weigh in on two issues related to Facebook that are gaining attention from PR pros and marketers alike: the fallout of over the Facebook/Burson-Marsteller ethics flap and the growing fascination over Facebook ‘Likes.’

Regarding the recent ethics flap, I made quite clear last week my belief, as well as that of PRSA, that the tactics B-M engaged in were unethical and improper. Now, I want to turn my attention to The Economist’s examination into what this incident portends for the future of media. END_OF_DOCUMENT_TOKEN_TO_BE_REPLACED

The last post I wrote received some thoughtful comments that were far more valuable than the actual post itself, IMO.

John Trader in particular made some really great points, including the thought below which is at the heart of many measurement problems:

“We are so focused on our silos that we tend to forget why we are doing what we do – increase sales and convert leads.”

Instead of focusing only on your own efforts and work, you have to focus on the big picture. At the end of the day, all of our jobs are to drive business outcomes like sales. No matter what tactics or channels you are using, you have to define what is working by what is eventually driving sales or other outcomes. END_OF_DOCUMENT_TOKEN_TO_BE_REPLACED 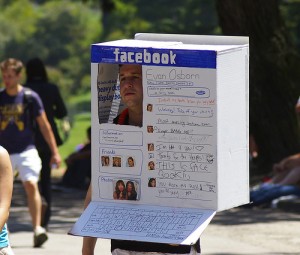 Veronica Wei Sopher brought up a great ethical and business question on Facebook the other day. Simply: Do you accept Facebook requests from clients?

As I contemplated that question, I started thinking about my personal stance on that issue. By nature of being a solo consultant, I tend to view this issue a bit differently than I would if I were working for a large agency. After all, the client is really buying “me”–not ACH Communications (or any other brand name). So, when a client buys you–it usually means 1) They feel you know your stuff, and 2) They believe you’re easy to work with and like you (and not always in that order). So, for me, the “friend” issue is pretty darn important. And, I actually put a lot of time and effort into breaking down the barriers with my clients. END_OF_DOCUMENT_TOKEN_TO_BE_REPLACED

A few weeks back, pundits noted that Twitter had its moment. The 140-character service was on fire with tweets mentioning the death of Osama Bin Laden at a rate that traditional news outlets couldn’t keep up. Once the story was confirmed by President Obama, Twitterville was generally filled with messages of happiness, relief and closure from all across the country.

Then there was Rashard Mendenhall, who had a slew of Tweets that you could consider offensive and/or ignorant including this gem:

“@dkeller23 We’ll never know what really happened. I just have a hard time believing a plane could take a skyscraper down demolition style”

Following the Tweet, the running back had both teammates and the Steelers organization trying to distance themselves from him. The coldness has had a local columnist to suggest that the team should install a no social media policy for the team’s players. END_OF_DOCUMENT_TOKEN_TO_BE_REPLACED

If you’ve been thinking about attending BW 2011 in NYC at the end of this month and haven’t bought your passes yet, here’s a quickie code for 20% off registration – TWEET20. Register here.