The folks over at 12for12K, which strives to change the world through social media and which has been mentioned here, in one manner or another, over the last few months certainly have their hands full only 15 days into the new year.

Following the massive earthquake that hit Haiti in recent days the group partnered with Hope for Haiti to raise funds for the relief effort.

To further up the ante, 12for12K supporter and professor/entrepreneur Amelia Maness-Gilliland will donate 100% of all sales from the first five people to buy her Resume packages – details here.

Additionally, Mr. Danny Brown (12for12K founder) himself and some other folks may be offering social media audits at a reduced price with all fees going to the charity and there may be some Headway theme magic in the works.
As it stands the group needs under $3,000, less than $1,000 per day to hit the $7,000 mark.  Let’s make it a happy Friday, great weekend, and let’s work on making this anonymous blogger $1,000 poorer.

This week I sat down with Danny Brown, social media strategist for Maritz Canada, founder of 12for12k, and friend. Danny get’s his daily fix from little coffee shops like, Second Cup or Muddy Waters but says he really starts his day with PRBC’s e-mail updates. (Note: I quickly learned he’s a charmer).  He boasts about being a geek and says his favorite pastimes are messing in WordPess or playing video games (sorry PS3 lovers, he plays on Xbox 360 or Wii).  In addition to his Recommended Reading, you can catch Danny laughing to off-the-cuff humor blogs like F*ck You Penguin and his wife’s Just Kickin’ It.  It was a real pleasure picking Danny’s brain for a little bit, and I hope this chat inspires you just as much as it did for me.

END_OF_DOCUMENT_TOKEN_TO_BE_REPLACED 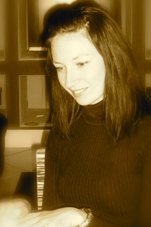 If you’ve hung around the PR Breakfast Club for even a short amount of time, you know these bloggers subscribe to the “give more to get more” mantra. In fact, I’m amazed at how willing my “online” friends are to share information … give advice … lend an ear.

But, generosity doesn’t stop there. It’s heart-warming to see how many individuals are using their platforms to do some good. As the holidays approach, what’s better than social media for social good, right? Some recent examples: END_OF_DOCUMENT_TOKEN_TO_BE_REPLACED